Keeping on with the theme that getting there is half the fun, we pushed on from Oklahoma through Texas, continuing to break up the trip with short stops. For years, the trip across the Texas Panhandle east of Amarillo has always been marked by the 190 foot tall cross, visible from 20 miles, outside of Groom, Texas. Now it’s much harder to pick out the cross from any distance because of the abundance of giant windmills generating energy across the panhandle. 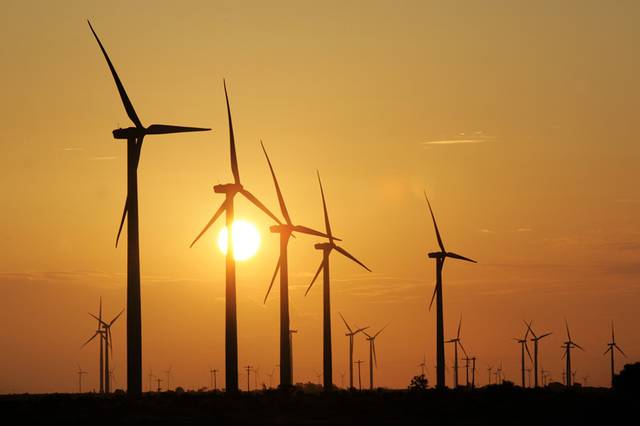 On the west side of Amarillo, we stopped for a few minutes at Cadillac Ranch, created by a “group of art-hippies imported from San Francisco. They called themselves The Ant Farm, and their silent partner was Amarillo billionaire Stanley Marsh 3. He wanted a piece of public art that would baffle the locals, and the hippies came up with a tribute to the evolution of the Cadillac tail fin. Ten Caddies were driven into one of Stanley Marsh 3’s fields, then half-buried, nose-down, in the dirt (supposedly at the same angle as the Great Pyramid of Giza). They faced west in a line, from the 1949 Club Sedan to the 1963 Sedan de Ville, their tail fins held high for all to see on the empty Texas panhandle.” (Roadside America.com)

The ranch is set in the middle of corn fields, a couple of hundred yards off of the interstate. It was a scorching hot day and the abundance of spray paint fumes made it possible to get a good contact high for the next hundred miles of the trip.

We stopped for the evening in Santa Rosa, New Mexico, checked into our motel, then grabbed our swim suits and headed for the Blue Hole, a bell shaped artesian well, 81 feet deep, 80 feet in diameter at the surface and flaring out to 130 feet in diameter at the bottom, with a constant temperature of 64 degrees and flow of 3,000 gallons per minute. It was a popular afternoon spot given the 100 degree weather.

On our second day we stopped at Petroglyphs National Monument on the west side of Albequerque. Just a few miles off the interstate, the monument, according to the NPS website, “protects one of the largest petroglyph sites in North America, featuring designs and symbols carved onto volcanic rocks by Native Americans and Spanish settlers 400 to 700 years ago. These images are a valuable record of cultural expression and hold profound spiritual significance for contemporary Native Americans and for the descendants of the early Spanish settlers.”

We scrambled up the Mesa Point trail in Boca Negra Canyon, pausing to look at many of the over 100 petroglyphs. As we hiked up the mesa, we were accompanied by a friendly and curious roadrunner, my spirit animal, signaling good fortune for that day and for the rest of the trip. My interpretations are strictly interpretations.

According to the website Native American Roadrunner Mythology, “The Hopi and other Pueblo tribes believed that roadrunners were medicine birds and could protect against evil spirits. Their unusual X-shaped footprints are used as sacred symbols to ward off evil in many Pueblo tribes– partially because they invoke the protective power of the roadrunners themselves, and partially because the X shape of the tracks conceals which direction the bird is headed (thus throwing malignant spirits off-track.) Stylized roadrunner tracks have been found in the rock art of ancestral Southwestern tribes like the Anasazi and Mogollon cultures, as well. Roadrunner feathers were traditionally used to decorate Pueblo cradleboards as spiritual protection for the baby.”

For me, the roadrunner has a special significance. I see them regularly near my home, and on several occasions, roadrunners have acted in such an unexpected manner that I can’t help but attach spritual significance to the animal. Following the death of more than one beloved pet dog, roadrunners have been seen on the same day. Roadruners have lingered around the house following death of a pet by illness and euthenasia, perching on my garage roof, pecking at the glass of the storm door on my front porch, and even responding with a perked head and lingering look when I’ve called them by the names of my dogs. Believe what you will, but who is to say how God chooses to manifest Himself in our lives? 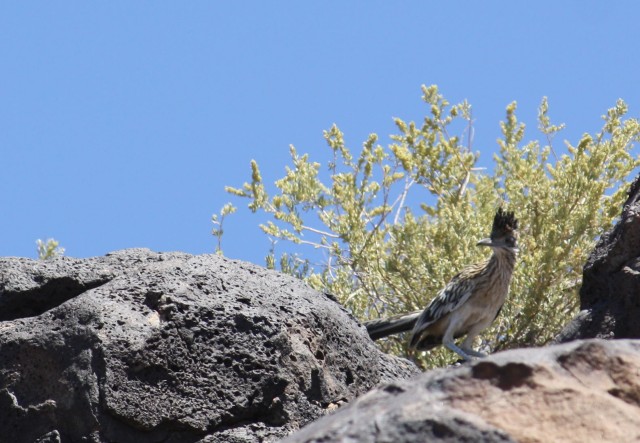 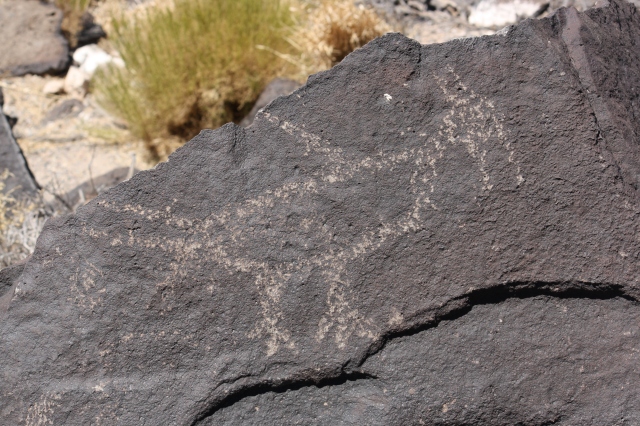 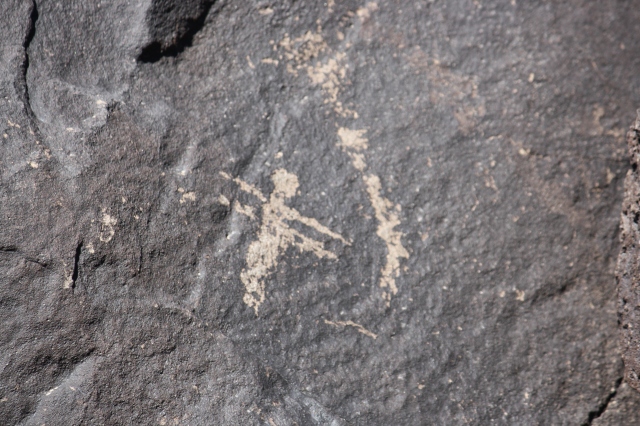 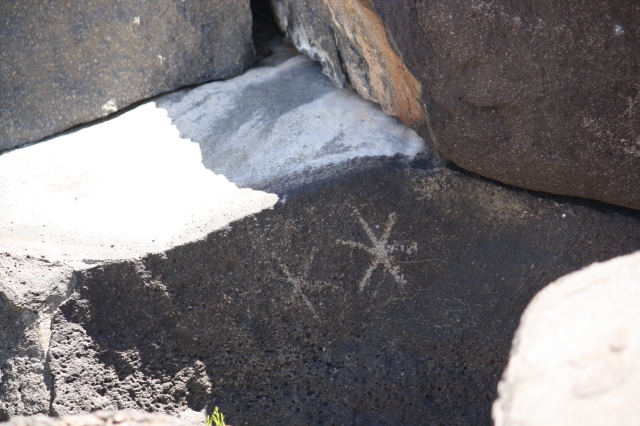 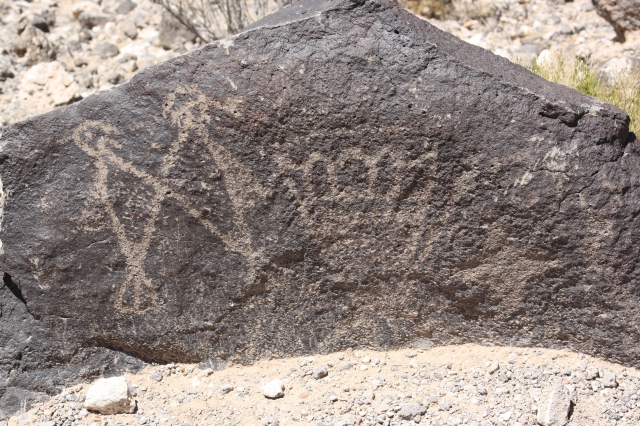