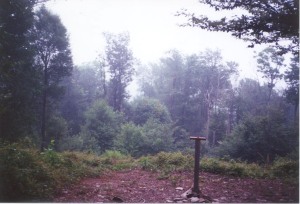 The morning sky is hazy and my t-shirt is starting to soak through with sweat. It’s already into the mid-80s and the sun is barely up. A chirpy little voice on my telephone tells me that I’ve passed another mile marker and that I’m on a seventeen and a half minute per mile pace. Julia Rose, my fourteen-going-on-fifteen year old daughter, chats me up as we walk. I’m learning about the things her teachers say at school, her plans for the ballet intensive camp later in the summer, the possibility of moving up to Pre-professional II level in dance, and who is “dating” who in the church youth group (dating at this stage involving sitting together, holding hands, sneaking off into the stairwell to kiss). We chat about other things, and she asks questions that I try to explain. She’s starting to think about politics and I try to explain to her how things work. Presenting political ideologies without letting my bias show is hard, but I try to give her an accurate picture. By the time we finish the walk we will have gone almost five miles. There are no hills on our route, so it’s not the best training for climbing Colorado peaks, but I’m hoping that at least working out in humidity and heat will somehow pay off in toughness and endurance when we tackle the high altitude.

When Julia Rose mentioned Wilderness Trek with her youth group from church, I was all for it. I had been hearing about Trek for years and had heard the announcements and read the church bulletins enough to know that the guides were based out of Salida, Colorado, and they climbed peaks near my former stomping and climbing grounds in the Collegiate Peaks ranges around Buena Vista. Having left Colorado to move to Arkansas fourteen years earlier, I was immediately jealous, but I told her she should go. She would love it.

When she asked me if I would go with her, I couldn’t really believe it. We had been through a long phase in our relationship where everything I did seemed to embarrass her, whether it be rolling down the car window in the drop-off lane at school to trash-talk a friend about football, grow my beard or wear an earring, talk too loudly or do anything conspicuous in public, or worse, or drive her to school in my squeaky old Chevy Blazer. I’d taken an adult tap dance class at her studio for the past two year. It was good exercise for me, and I was just sitting there anyway, waiting for her and her sister while they were taking their classes. Apparently, the best way to handle this invasion into her world was to ignore me whenever we passed in the studio, or worse yet, when we happened to share the back stage during the end of year recital. I can’t say it didn’t hurt, but I remember my own teenage years when I seemed to be angry about most everything. So, when she asked if I wanted to go on Wilderness Trek, I said yes, but qualified my answer every way I could, giving her the option that if she really wanted her space I would understand and opt out. I even got my wife to talk to her privately, only to find out that to the best of our understanding, she really wanted me to go.

I desperately wanted to go. I’ve missed the mountains since moving to Arkansas, and I’ve felt my body going older and weaker. There’s a trick middle-aged men play on themselves, a trick where we convince ourselves that we can recapture our old bodies, our old strength, our old weight, and our old stamina, with some hard work and sacrifice. We remain young, at least in our minds, though our bodies quickly remind us of the physics of aging. Even though I’d climbed my last mountain at 39, 15 years earlier, and my knees make weird-sounding clicks and pops, and I have a history of surgery, decreased range of motion, and chronic pain, I thought I could do it.