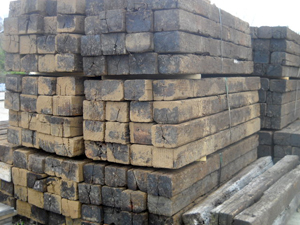 I found another job in the forest products industry, this time with Kerr-McGee as a yard supervisor in a railroad crosstie treating plant. I was in charge of a crew that graded the ties that came in from sawmills on trucks and railcars, and stacked the ties to air dry. A city had grown up around the plant, but the yard–twenty acres of ties stacked in ricks forty feet high, and half a dozen rail sidings–was as insulated from the rest of town as any wilderness. Pigeons roosted in the stacks, and the plant manager–this one a soft spoken man who jogged ten miles a day to relieve stress and who encouraged me to take vitamins–worried about pigeon shit on his crossties. We worked six days a week, ten to twelve hours a day. On Saturdays he asked the supervisors to bring shotguns to work and shoot the pigeons.

The work wasn’t hard. Mainly I had to maintain an accurate tie inventory, bug the maintenance supervisor to keep my machinery running, and stop other supervisors from stealing my fork lift and driver. The plant manager never complained about production or down time. In fact, he never seemed interested in the supervisors’ problems. I worried that eventually there would be a price to pay. 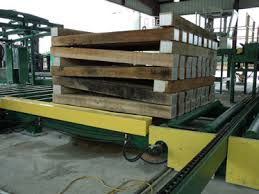 Hunting pigeons made the work more interesting. I would slip through stacks of crossties towering overhead like canyon walls. But the pigeons were wary. I rarely got a clean shot. Usually, they flew away unscathed. After a few weeks the employees—almost all black—began to complain about the guns. I hadn’t thought about it until one day I made the connection. Supervisors wore uniforms of bright blue shirts and dark khaki pants, white hardhats, and because we were outdoors all day, dark-lensed safety glasses. In the moment I looked up to see my friend Alan, another yard supervisor, standing with his shotgun perched on his hip, scanning the sky for pigeons, and behind him a crew of black men—all wearing their dark tan uniforms—working the yard. It looked like a scene right out of Cool Hand Luke. I could understand why it made them nervous. 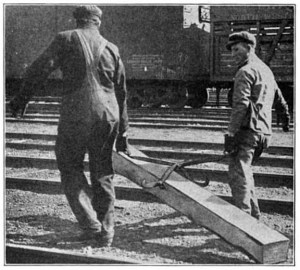 After I had been with Kerr-McGee about three months, several corporate vice-presidents scheduled an inspection of our plant. We had been working twelve hour days for six days a week, trying to get the yard ready, but it was still a mess. The evening that they were to arrive–the plant manager had already left to meet them at the airport–a man named Charlie was killed in an accident. Another crew was loading treated ties into open railcars for shipment. After they filled a car they would push it out of the way with a forklift and push an empty car into place. Charlie was riding the loaded car. His job was to secure the handbrake when the car rolled clear. Maybe the brake didn’t work, or maybe Charlie lost his nerve and didn’t set it properly. The railcar rolled down a slight incline and picked up speed, and Charlie saw that his car was going to bump a string of cars at the bottom of the hill. Instead of jumping off the car, he climbed inside. When the cars bumped, six tons of crossties, slippery with creosote oil, shifted into Charlie, pinning him against the end of the car. 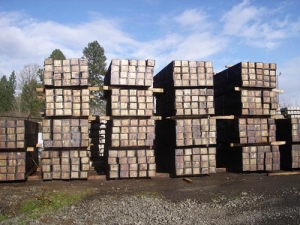 The work went on for a while. The crew filled another railcar and pushed it down the grade, but it was about then that the foreman realized he hadn’t seen Charlie since the previous car. He called over the radio that he thought Charlie was hurt–he couldn’t find him. Everyone who heard the call ran for that end of the yard.

When we found Charlie it didn’t look so bad. Another railcar had slammed into his car and shifted the load off him by the principle of equal but opposite reaction, like those desk sets where steel balls clack against each other–swing two balls into the line and two are bumped away on the other end while the balls in the middle don’t move.  Charlie was unmarked except for a bloody lip. He wore sunglasses and a smile that reminded me of the way Stevie Wonder looked when he played the piano. He was unconscious, but we didn’t know that everything inside was crushed. I climbed into the railcar and helped immobilize Charlie on a stretcher, then helped pass his body over the side of the car to those waiting below. 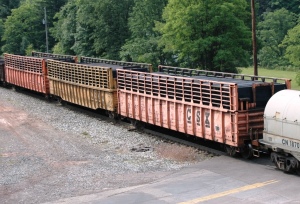