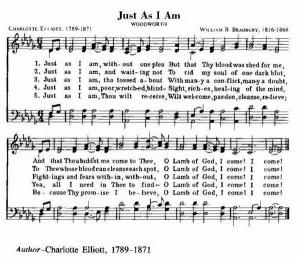 Hubert didn’t even know why his mother had put up with such a man, other than what she sometimes told him: “Victor’s got a good heart. He just loses it from time to time.” Hubert’s mother was the kind of woman who figured it just wasn’t proper for a woman to be out in the world alone, especially with a child. And, it was during the Depression. Hubert remembered his mother worrying all the time before Victor come along, wondering where the next meal was going to come from, too proud to go on Relief. It didn’t make sense to Hubert at the time, since even after Victor married into the family, Hubert was still the one doing most of the work to feed them all. It became a little clearer later on, after Hubert met his own wife’s family, but as a child it was a pure mystery.

Regardless of what Victor Walton’s personal shortcomings were, Hubert would have been willing to accept them–as long as the man made his mother happy–if the man could have held his whiskey worth a damn. It wasn’t every night. Sometimes he and his mother and Victor lived a normal life for weeks at a time. But eventually Victor would start to drink. There were many nights that Hubert came awake to screaming and drunken shouting, followed by the wicked sound of hand meeting flesh and his mother falling to the floor. Sometimes Hubert would run in to try and help his mother, only to be beaten himself. Other nights, Hubert would be jerked out of bed by his mother just in time to wrap a blanket around their shoulders and run out the door and hide. Lying in the weeds of the ditch, Hubert remembered the jingling team of mules in their traces and harnesses as they pulled a flat-bed wagon bearing the drunken sot home to take out his frustrations on his wife and adopted child. They would lie there, mother and child, breathing in the dirt and grass and ditch water, until the man finished searching the house and started back along the road looking for them. Then they would fade back into the trees, into the blackness of the shadows, waiting until Victor stumbled on past them. Hubert still, after fifty years, disliked moonlit nights because it reminded him that there was nowhere to hide.

But Hubert had learned from Victor, and he had never raised his hand against his own wife. He had hit a cow once, square in the mouth, and he had taken his frustrations out on various pieces of equipment, beating rusty plows and reluctant chain saws with hammers or sticks or whatever came to hand, until he had vented all frustration and had been caught up short, hoping no one had seen him act so childishly. And he had lost his temper with Caleb a few times, something he had always been immediately ashamed for. He remembered slapping Caleb with his hat over the birthing cow that had died. It was a thing he had known the boy couldn’t have helped. He had hated himself for it, and after he had put the boy to bed, Hubert had fallen at his wife’s knees, clutching her, begging for her forgiveness.

“It ain’t me you should be squalling over,” she’d said. “You should be begging that boy for forgiveness.”

He had known she was right, and he had gone to the boy’s room and stared at him curled up in bed and listened to his ragged breathing. Caleb was crying in his sleep. Hubert got Caleb up and drove him to the emergency room, where the doctor pulled him off to one side and said, “You letting a boy get kicked by a cow is one thing, but that cow didn’t touch his face.” The doctor had stopped for a moment, choosing his words before continuing: “If I didn’t want to lose my license, Mr. Vogel, I’d take you out in the parking lot and whip your ass for that boy.”

Hubert went red for a moment, thinking about how easy it would be to chuck that pencil-necked doctor over the nurses’ station like so much cordwood on back of the truck, but then he remembered what he’d done to Caleb and nodded his head. “Do it to me right here, mister,” he’d said. “Do it so the boy can see it and know that I’m sorry for what I done.”

“You ain’t worth it,” the doctor said.

Hubert had just stood there, nodding his agreement, until the doctor had walked off and left him standing there, nodding at nothing in particular. Even now, as he sat on the hard church pew, Hubert realized he was still nodding in agreement with what the doctor had told him that night. He had been a hard man at times, too hard, he guessed, even though he had done it to make his son turn out good. And Caleb had turned out to be a good man. Even though the boy had made some decisions Hubert didn’t agree with, at least the boy had the balls to stand up for himself. He should tell Caleb that, Hubert thought, tell the boy he was proud of the way he turned out. For once and damn all he would do the right thing by Caleb, tell him he was proud of him. But Hubert knew full well that he never would.
Hubert leaned over and picked up another attendance card from the floor of the auditorium and flipped it over to look for any comments before placing it back in the sleeve on the back of the pew. The back of the card had a space for prayer requests, a space Hubert had never even considered using because he preferred to keep his conversations with God private. But now he looked at it more closely: four lines, hardly enough for a man to say what needed to be said to his Creator. Not nearly enough space to apologize to his son for something that happened over twenty years before. Still, he leaned over and took out one of the blunt pointed scorecard pencils from the pew in front of him. He placed the card on a song book and thought for a long time before finally writing: “I beat my son once when he didn’t deserve it, and I never told him how much I love him. Forgive me God, and help Caleb to forgive me too.”

Hubert replaced the pencil and songbook and tucked the card into his pocket. He left the trash can, scraper and vacuum cleaner where they sat and started for the back door of the church. He felt the need to be out in the sunshine for a while. But then he stopped and took the card from his pocket, read it over again, and dropped it in the can. He knew he would never place it in the contribution basket on Sunday morning. He had written it and meant it, which made it as much a prayer as anything that could ever be read on a Sunday morning.